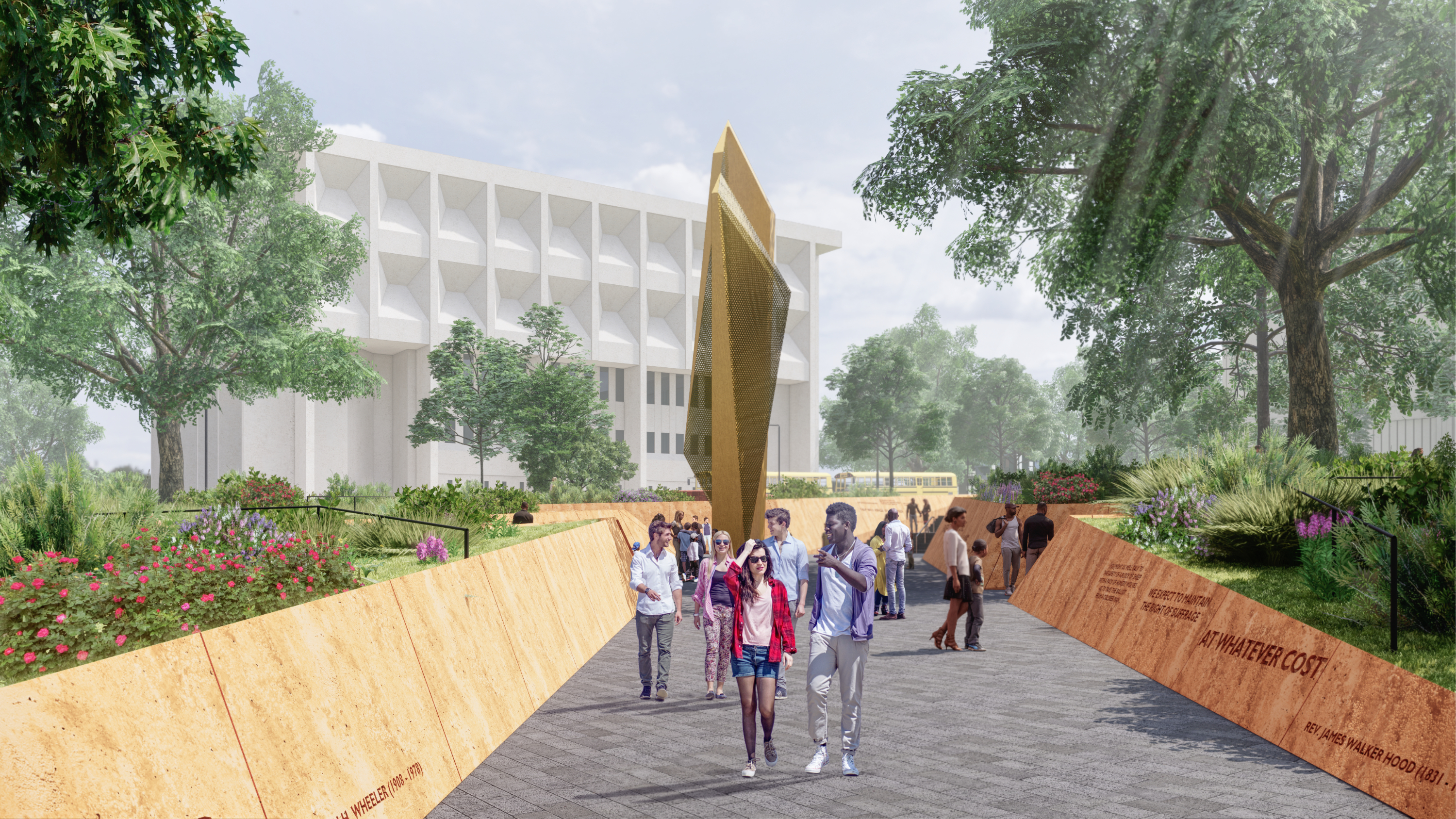 How did the North Carolina Freedom Park project begin?

Both the vision and the initial funding in 2002 came from the Paul Green Foundation – an organization dedicated to furthering the work of Pulitzer prize-winning dramatist Paul Green in promoting both playwriting and human rights. The Foundation took the lead in finding more funding to launch the project.

Subsequently, with funds secured from a wide group of donors to complete the process of gathering ideas from citizens across the state, the North Carolina Freedom Park project developed a school curriculum, and selected and hired an artist team to design the Freedom Park. Over several years of promoting the concept of the Park and cultivating potential donors, the Park supporters are committed to raising the funds needed to prepare the site, fabricate and install the artwork in Raleigh.

Two significant legislative grants in 2008-10 have aided in laying the groundwork for the planning and development of the work necessary to proceed. Under the leadership of Representative Alma Adams of Guilford County, the North Carolina State Legislature, through the Department of Cultural Resources, appropriated a total of $197,500 to the project. In the process a considerable amount of goodwill was generated among lawmakers, the news media and the public. In 2020, the North Carolina General Assembly awarded the park with a $1.5 million grant, allowing us to break grund in October 2020.

Recognizing the need for additional unrestricted support to propel the project forward, the visionary Paul Green Jr. (and wife Skip), son of the legendary humanist and author Paul Green, presented NCFMP with a $100,000 personal donation.

In the meantime, the project’s Board of Directors and Advisory Board members individually made gifts and pledges that sustained the momentum of the project and the name changed from Freedom Monument to Freedom Park.

Fundraising consultants were hired to develop a strategic fundraising plan that would give a structure and an action plan to the fundraising goals of the project.

In spring 2013, a number of financial supporters, including PNC Bank in a leadership role, enabled the Project to partner with the North Carolina Museum of History to mount a celebration of the 150th anniversary of the signing of the Emancipation Proclamation. Also supporting the symposium and exhibit were the North Carolina Humanities Center, Radio One, News & Observer, Spectator magazine, Blue Cross and Blue Shield, and Mechanics & Farmers Bank.

In an extraordinary move to re-organize the project in 2015-16, the Z. Smith Reynolds Foundation supported a plan to re-design the Park by selecting from competing design teams a new concept and schematic design. The renowned Phil Freelon (architect for the new Smithsonian Museum of African American History and Culture) will be leading the design development and overseeing the construction of North Carolina Freedom Park. A newly conceived design will be presented to the public in December 2016 and a renewed $5.0 million capital campaign will commence.

A Campaign Leadership Committee composed of outstanding North Carolina leaders and luminaries will have responsibility for leading the campaign over the next four years so that the Park will be completed by 2020.

It is hoped that gifts and grants from corporations, foundations, individuals and eventually school children will accrue to the dream put forth in town meetings and by visionaries across the state to fully realize the North Carolina Freedom Monument Park as recognition of the role of African Americans in achieving freedom for all.